A few months ago, I was asked to assist Adam Levenson, who is with the Masters in Health Administration program at George Washington University, and participate with other thought leaders in health care to help define Population Health.  The sense is that there is no set definition of Population Health, but you will see that there are some interesting responses.  I have attached the link to the GW Blog and the responses from me and the other thoughts leaders.  I hope that you find it useful.

The Trip of a Lifetime

I am finally back from a two-week vacation to Italy.  The reason for the trip started last year when my son-in-law was going through a horrific battle with cancer.  Throughout much of last year, he had close to 60 chemotherapy treatments as an inpatient and his knee and part of his femur were replaced this time last year.  It was certainly a year that we would all like to forget. Since his last chemotherapy treatment in mid November, he is doing well.

During the course of his many treatments, Pamela suggested that after all of this is done, we needed to take a trip.  She suggested Italy, while they were thinking a week at the beach somewhere.  Pamela wanted them both to have something very special that they could look forward to and it worked.  Jessica had never been to Italy and Terrell was there the summer after graduating from VMI but doing so on a very limited budget.  Both were very excited.  So, what do we do with Lauren, who had already been to Italy when she was in high school and then with the Naval Academy Glee Club. (She actually got to sing in St. Peter’s at the Vatican on that trip).  Of course, we took her as well.  After all she had just completed ten years in uniform serving our country, it was the least that we could do!

The trip was an overwhelming success.  Everyone had a wonderful time and I have hundreds of photos to prove it.  We saw some unbelievable places and if you haven’t had to opportunity to visit Italy, I would highly recommend it. 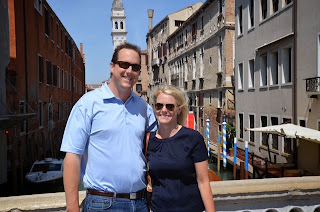 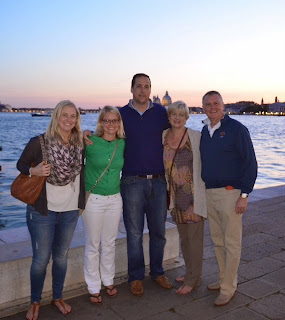 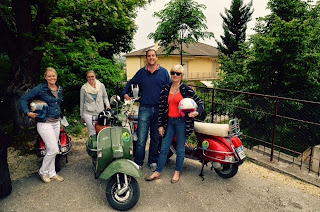 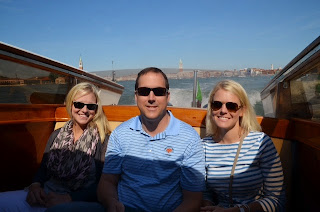 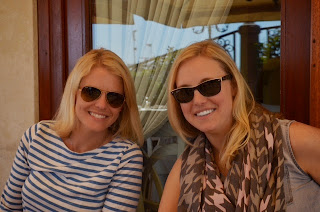 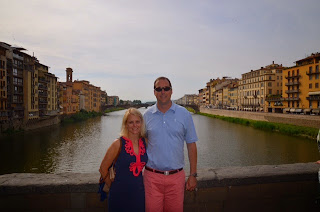 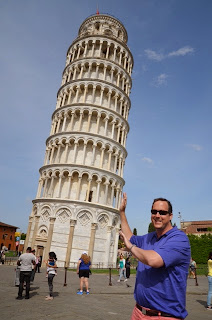 Keeping the Brightest and Best Right Here at Home

Fourteen years ago, the Western Maryland Health System Foundation made a commitment to provide scholarships for local students pursuing higher education as healthcare professionals.  Using donated funds, scholarships were developed, with generous terms offering as much as $5000 per semester.  This spring, the program crossed a significant milestone:  to date, over $1,000,000 has been committed to WMHS scholars.  One hundred sixty-four individual students have been given the chance to fulfill their dreams.  Untold thousands of patients have been cared for by those very students.

While a wonderful opportunity for students, admittedly, this strategy was to our benefit as well.  In addition to supporting local students, our vision was to grow a pool of local talent to serve the Western Maryland Health System community.  To borrow a phrase, our hope was to keep “the brightest and best” right here at home.  And that is exactly what has happened.

Take Amy.  She knew she wanted to be a nurse from earliest childhood, and applied for a WMHS scholarship as a high school senior in 2003.  Since graduating from the nursing program at Allegany College of Maryland, she has been a valued employee in the WMHS Emergency Department. In May, 2015, she was named Employee of the Month, cited as an excellent clinician with a passion for her work, a dedicated team member and community (EMT, firefighter) volunteer.  Now that’s a great investment!

In April, we announced our latest group of promising scholarship winners:   Samantha Jones, Chloe Bauermaster, Teresa Kline, Kimberly Adams, Pamela Jenkins, and Carla Weaver.  In an interesting commentary on today’s ever-changing healthcare arena, each woman is already an RN and pursuing a bachelor’s degree in nursing.


The WMHS Foundation is honored to be a part of making dreams come true.  And in addition to the original scholarships, we now manage scholarships for several individuals or families who have established those opportunities.  If you would like to consider creating a “health care dream” scholarship, we’d be happy to help you.  The Foundation number is 240-964-8003, or email me at karenjohnson@wmhs.com.

In recognition of Hospital Week, I am both honored and blessed to have the opportunity to work with some amazing people day in and day out. During this week at WMHS, we are also recognizing the years of service anniversaries for over 300 employees, with 22 having over 40 years of service.  The dedication of these employees continues to be remarkable and the recognition so very well deserved.

This is my 40th year to be in health care and I have been fortunate enough to have celebrated Hospital Week for that many years. Throughout my career in health care, I have worked with thousands of exceptional people over these many years and how they have served our patients, families and each other has been with unwavering dedication.  The support that has been provided, the care that has been rendered and the lives that have been saved continues to go almost unrecognized outside of health care.  The media has an unfavorable view of health care with the exception of nurses, who have the greatest trust as a profession.  Thank God for our nurses!

In 2013, when I was asked to sit for an interview with the New York Times on our (very unique to the industry) value-based care delivery model, I was extremely reluctant. But, I did.  Fortunately, the interview went very well and the article was both very well written and favorable toward health care.  Since then, there has been incredible recognition of our care delivery model and it has been achieved through the success of our clinical providers, nurses, care coordinators, community health workers, pharmacists, technicians, therapists, service providers and the list goes on.  We continue to be blessed!  Enjoy the recognition this week as it is so well deserved.
Posted by Barry P. Ronan at 5/13/2015 No comments:

Ever Increasing Visits to the ED, Really?

The other day there were a series of stories that some ED physicians were seeing a dramatic increase in ED visits nationwide.  Virtually, every news outlet carried the results of a survey that was conducted by asking 26,000 ED physicians their impressions as to the volume that they are seeing in their EDs.  Seventy-five percent of the 2,000 respondents indicated they were experiencing an increase in ED visits since the Affordable Care Act (ACA) took effect.

It is important to note that not all EDs are seeing increases in volumes; in fact of those surveyed, 5% saw a decrease.  At WMHS, we have seen a decrease over the last two fiscal years from 58,164 visits in 2012 to 52,555 visits in 2014.  We have achieved that intentional decrease by increasing primary care practices throughout the community, partnering with area urgent care centers, bolstering our own urgent care centers to keep the level 1 and 2 patients out of the ED and treat them in less intensive settings, delivering more care outside of the acute care setting, delivering much more care in the home, as well as paying more attention to the sickest of the sick and better addressing their chronic conditions in the primary care arena and within our Center for Clinical Resources.

We continue to work with our ED partners, MEP, on our value-based care delivery model.  They support our ED, as well as manage our Observation Unit, provide practitioners for our SNFist Program (hospitalist type services in area skilled nursing facilities) and we are in discussions with them to provide coverage in other areas of the health system.  We work with them in partnership.  They understand the shift from volume-based care delivery to value-based care, and we are constantly exploring new opportunities to benefit them, our patients and WMHS.


The numbers may be increasing now nationally with so many more individuals being covered through the ACA and Medicaid, as has been the case in Maryland.  However, that will have to change going forward to achieve the objectives of the ACA through a new primary care infrastructure and a host of other initiatives in caring for patients in the most appropriate setting.  As the nation follows Maryland's lead in reducing care that is provided in the ED, as well as the acute care setting, you will see an overall decline in ED and other related utilization.
Posted by Barry P. Ronan at 5/06/2015 No comments: